Bedbugs: How to Avoid Them & What to Do if You’re Bitten 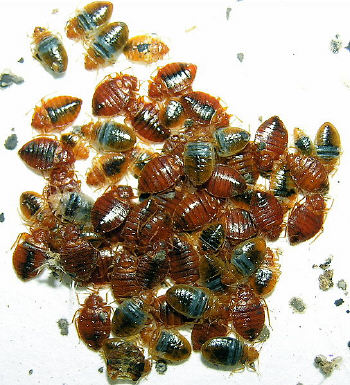 It’s one of those old-fashioned sayings you’ve heard over and over, but probably never really stopped to consider the meaning of; perhaps your mother even said it to you as she tucked you into bed: “Sleep tight, don’t let the bedbugs bite!” It’s cute. It rhymes. How could it refer to anything even remotely malevolent? And yet…

While you may not have to think about being bitten by teeny insects when you’re fast asleep in your bed at home, you’d better at least make yourself aware of what bedbugs are – and learn how to deal with them – if you’re going to be traveling. Because even if you can’t see them, that doesn’t mean they’re not there.

Bedbugs are, to get technical, a tiny nocturnal insect that lives off of the blood of warm-blooded creatures – including humans. They come out of their hiding places during the night and early dawn and bite their dozing victims, usually for about five minutes until they’re full. You’ll know you’ve been bitten if you wake up and find little spots of blood on the sheets or small bumps on your skin that form orderly rows (often in groups of three).

You might have already known all of that, but what you might not know is that bedbugs, unlike roaches, are not associated with unsanitary conditions. In other words, the cleanliness of a hotel or hostel doesn’t have any direct bearing on whether you’ll find bedbugs there. Certainly, thorough and regular cleaning (especially of mattresses, blankets, and other soft materials) will go a long way in keeping an infestation of bedbugs from getting a foothold in the first place, but bedbugs can be transferred from place to place on the clothing of the travelers who are staying in those hotels and hostels, so even places that are cleaned regularly could be hosting a few unwanted critters. 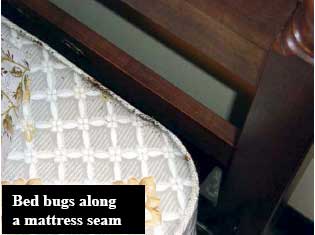 If you have any reason to believe that the hotel or hostel room you’re looking at staying in has bedbugs, there are a few areas you can check for before it’s lights out. Because bedbugs typically hang out in clusters when they’re not feeding, you stand a decent chance of finding some if there’s an infestation.

(Seriously, this article can be done at any time now. Can’t stop itching.)

What to Do if You’re Bitten by Bedbugs 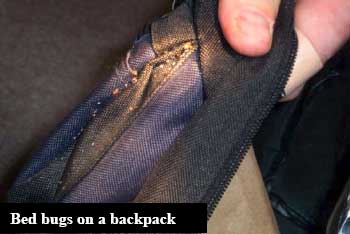 Even the cleanest and most cautious traveler can still get bitten by bedbugs, so it’s good to know what to do if you find that you’ve been a bug’s buffet during the night.

Now if you, unlike me, want to actually keep reading more about bedbugs, there’s plenty of information online. This document gives more tips on how to prevent becoming a transport device for bedbugs, and Wikipedia has more links and info that’ll make your skin crawl.

original photos by, top to bottom: A.L. Szalanski and University of Minnesota (photos 2 & 3).