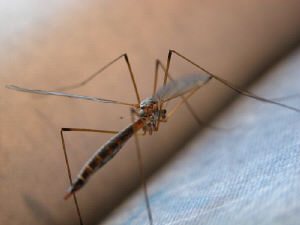 It needs to be said up front that this article is not a substitute for professional medical advice given specifically to you and related to your situation. This article is designed to give you some idea of the issues you need to be aware of regarding malaria. This way, you’ll have enough background information so that during your consultation with your doctor you’ll have a better idea of what is involved in the anti-malaria choices available, and can also ask useful questions while making sensible replies to your doctor’s questions. Few adults would need to modify their travel wishes in order to avoid malarial risk, but pregnant women or those responsible for young children might want to take that into consideration.

What is malaria, and how is it spread?
Malaria is a disease not uncommon in tropical and subtropical parts of the world, and it’s a “vector-borne” disease. A vector is something that doesn’t actually cause the disease, but spreads it from organism to organism. In the case of malaria, that often means mosquitoes – by biting a malaria victim and then biting a healthy person, the mosquito is transferring the malaria parasites to the healthy person and therefore spreading the disease without actually causing or carrying it.

The malaria parasite is well-adapted not just to us, but also to its life in the mosquito. The infection to you is injected along with the saliva from the mosquito, that contains an anti-coagulant to assist the mosquito’s sucking. It is not a matter of injecting you with blood from a previous meal, as the parasite has a special life stage that takes up residence in the mosquito’s salivary glands.

What does malaria do to a person?
As mentioned, malaria is caused by a parasite that lives within red blood cells. It breeds until the cell eventually bursts and the released parasites seek other red blood cells to set up home in and breed further. As the parasite hides within your own cells, it is more difficult for your body’s defenses to slaughter them, but they do.

Alas, the parasite also changes its skin randomly as its generations pass, so that there are likely to be survivors of an onslaught that manage to rebuild the parasite numbers until a fresh assault is mounted, thus the famous cycles of fever, reduction, and relapse in an exhausting cycle. The fever can be very high (the fever alone can be deadly), and in the past has been used to end infections by other organisms that can’t withstand high temperatures.

Some symptoms can include high fever, shivering, vomiting, anemia, joint pain, and convulsions. Thanks to all the killed red blood cells, the liver and spleen, overloaded with their recycling task, are likely to become swollen and tender. But no symptom can be absolutely relied upon to be clearly present in a particular case. You need diagnosis by experienced personnel (which may well not include your doctor at home, no disrespect), and best, a blood test.

How many cases of malaria are there in a year?
While accurate statistics are hard to come by, since many of the places where malaria is found aren’t well-tracked, it’s safe to say that there are more than 510 million cases of malaria each year and between 1-3 million deaths annually as a result of the disease. And some who don’t die as a direct result of malaria are often so weakened by the parasites that they’re more susceptible to other diseases. Some who survive malaria continue to have poor health for the rest of their lives.

Is malaria infectious?
It is not infectious. As just about everyone knows, it is spread by bites from certain species of mosquito. I suppose sharing uncleaned needles might work occasionally, but you won’t be doing that anyway, will you? Blood transfusions would be another unlucky chance. Just as was the case with AIDS (and Hepatitis before AIDS), no-one sees a need to test for malarial parasites, so you can do all of us a favour by not giving any blood until, say, six months after returning home. There is no need to present the parasite with the chance of profiting via a new trick.

Is there a malaria vaccine?
There is currently no vaccine against malaria, although drug companies have been working on vaccines like this for awhile.

Are there drugs I can take to prevent malaria?
Yes, there are – these are called “prophylactic drugs” – they must be taken continually, and they only reduce (not eliminate) the risk of malaria infection. While these drugs aren’t generally an option for people who live in malarial areas due to the cost, travelers can take advantage of these preventive drugs for when they’re going to these areas. Some drugs that are considered prophylactic include quinine, quinacine, chloroquine, mefloquine, and doxycycline.

Are there drugs I can take if I get malaria?
Yes, this type of drug exists as well, although one major problem with these drugs is becoming the increasing levels of drug resistance. These are called “therapy drugs,” and include chloroquine, amodiaquine, and mefloquine. Chloroquine in particular has some pretty intense side effects, and can even be deadly in too strong a dose, so it’s imperative that you consult a doctor about any antimalarial drugs.