How to Not Get Malaria 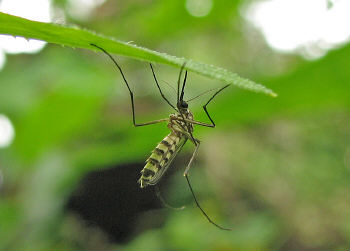 As silly as it might seem, the best way to avoid malaria is simple: don’t get bitten by a malaria-carrying mosquito! All kidding aside, however, the surest method to not get malaria really is to keep away from malarial areas.

There are anecdotes about sharing an aeroplane cabin on your entirely non-malarial journey with a passenger who has just come from a malarial area and who has brought some hungry mosquitoes along, so if you believe in that risk, you won’t be comforted. (Note that this is an extremely low risk.)

But rather more likely, you intend to travel to an area where alas, malaria exists. Loosely speaking, this means the tropics and subtropics, and places below 4,000 feet (which is the operational ceiling of the anopheles mosquitoes which transmit the disease). Historically, malaria once existed in southern Europe and the USA, but good luck and determined public health measures (such as the draining of the Pontine marshes in Roman times) have reduced the risk. Now, one of the fears associated with global warming is that there will be an expansion of the range of the mosquitoes.

Steering Clear of the Places Mosquitoes Live
Although the mosquito breeds in water, that does not mean that you will be safe in an arid area as mosquitoes will happily breed in discarded cans, bottles, tires, wheel ruts, water cisterns, drains, and so on. Anything that can hold water for a week or so (and so much can, especially around human habitations) can be a happy mosquito breeding ground.

Rivers and open lakes are less popular, as hungry fish devour the larvae with zeal. If you are on a riverboat on the Amazon, you will be safe except when the boat puts in to shore. Or in the centre of a dry riverbed, hundreds of yards from the nearest vegetation. Likewise, in a city with a mania for tidiness (such as Singapore) there will be few mosquitoes.

The word malaria literally means “bad air,” a consequence of the ancient knowledge that the disease appeared to be caused by the miasma emanating from swampy areas. Now, we realise that the matted vegetation common in many swamps prevents the local fish from devouring the mosquito larvae. Happily, saltwater swamps are mosquito-free, despite their miasma.

Avoiding Mosquito Bites: Non-Chemical Methods
So, as you are travelling through a malarial area, your best plan is not to be bitten by a mosquito, and avoiding those itchy, scratchy, character-developing lumps is nice as well. An all-enclosing rubber suit would be effective, but brings tiresome complications – so other measures must be considered. 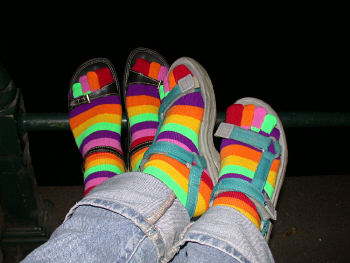 Mosquitoes mainly (but not absolutely) hunt at night, especially at dusk and dawn. Long-sleeve shirts, long trousers (or skirts), and socks, will be effective. Dark colours seem to attract mosquitoes, as does perfume, aftershave, and unwashed skin. When sleeping, a thin sheet is good. While mosquitoes can bite through thin cloth where it is pulled smooth over skin, the slightest movement will inconvenience them, and it is far better than exposing expanses of skin as a buffet. If you’re sleeping inside a mosquito net (whose holes you have blocked!), be sure that you have enough space that you will not press some juicy flesh against the net while you sleep.

Mosquitoes don’t like moving air, so while you are walking you’re safe, likewise while a breeze or fan steadily wafts air past you. But if the breeze stops, or the electricity fails, or an arm flops over the side of the bed, you’re dinner. Remember this as you sit with friends having your dinner and chatting: under the table, mosquitoes will be looking for exposed skin. Sandal-wearers beware. Hands also are at risk; I have at times been tempted to wear gloves. I have rarely been bitten on my face or neck, I think because the skin is sensitive and my ears are nearby to catch the whine of a searching mosquito. No other exposed skin exists. Animals follow a similar cover-up, with fur. Alas for them, their eyelids are still vulnerable.

These measures allowed me to get by with about one bite a week, though I recall at the Sudan/Chad border, I was caught good and proper. Although it is desert, I copped over a hundred bites on each hand plus dozens on my right shoulder blade where my sheet and shirt happened to be pulled tight. In the morning I found a large pond on the far side of the border post, presumably with few fish.

Such counter-measures cost you essentially nothing, except for the tedium of changing out of skimpy clothing for the evening, and possibly the violence done to your fashion sense.

Some people claim that “Mosquitoes just don’t go for me,” possibly due to genetics: this is no doubt pleasing for them. However, I have yet to hear such a claim that is delivered along with evidence that distinguishes not being bitten from being bitten, but no itchy lump develops to be noticed. It is a local reaction to the mosquito’s saliva and has nothing to do with whether or not parasites were injected also.

Avoiding Mosquito Bites: Chemical Methods
More positive actions are available, such as rendering yourself less appealing to mosquitoes. Many options are talked about: diet choices, overdosing on certain vitamins, eating lots of garlic (yum!), special aromatic oils, mysterious herbs, ultrasonic noise generators, keeping a pet lizard with you, sitting by carnivorous plants, encouraging bats to live nearby, smoking rank cigars, on and on – but all of these flounderings fade before the effectiveness of chemical repellent, and the most effective of all is a slathering of Deet. Actually, it is not a repellent: if you watch closely, you will see that the fumes don’t repel the bugs, but knock them silly as they approach so that they fall away then stagger off elsewhere. 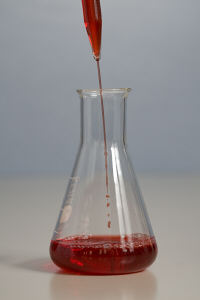 Deet is a nasty chemical – so nasty that only because it is effective is it used and tolerated. While it is fresh on your hands, if you touch something plastic, such as your camera, you will leave a fingerprint etched into the plastic. There are other repellent chemicals, but no-one has yet found a repellent as reliably effective that is not also nasty. Happily, you need daub only your hands, and maybe your face, every few hours, or you could just daub your shirt cuffs and collar, or wear special bracelets and hope that the fumes will extend far enough. High-strength Deet can’t be applied to children, as it will make them ill (and you should consult your doctor before using Deet to make sure you don’t have any conditions that would make you susceptible to falling ill also).

Another possibility is to not put the stuff on your skin or clothes, but instead to suffuse the surrounding air, say with smoke from a smouldering campfire, or a cooking fire inside an ill-ventilated hut. Alas, the smoke levels likely to be effective are rather unpleasant, and must be maintained all night.

Again, the chemical industry has an offering, in the form of “mosquito coils.” Such a coil can last all night as you sleep in a hut, and although you’re breathing in whatever it emits, it is apparently “safe.” In the open, such a coil should be placed upwind, or one on each side. It would be especially useful under your dining table, rather than atop, but don’t knock it over!

You should realise that evolutionary theory warns that any measure that is not absolutely effective will merely become another factor driving the development of the super-mosquito: determined on her goal, nimble in her assault, resistant to chemicals and appreciating repellent as we do chili sauce. The ubermosquito already has learnt to sense the slight tensing of the flesh beneath her feet that signals a slap on the way. Only the laggards are swatted; mosquitodom is the stronger for their loss. Smarter humans learn to smear rather than slap, reducing the premonitory cringe: let this document further our advance through cultural evolution.