Pros & Cons of Bringing a Music Player When You Travel 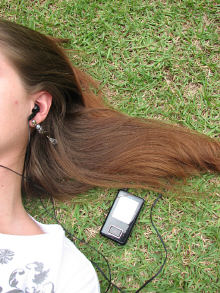 Even people who aren’t serious music geeks usually at least consider bringing an MP3 player with them when they travel, regardless of the length of the trip. After all, music has the ability to lift your spirits when you’re feeling low, give you the energy you’ll need to get through the day, and help transport you from your 10-hour bus ride through Central America when you’re crammed between the smiling, toothless woman and the wooden crates full of chickens.

We know travelers who say that a music player is second only to a passport in terms of importance when they’re packing, and others believe having headphones plugged into their ears cuts them off from the world around them and makes them seem unwelcoming to others. In this article, we’re going to look at the reasons why you might or might not want to bring a music player with you on the road.

Why You Should Bring Music

Why You Should Not Bring Music 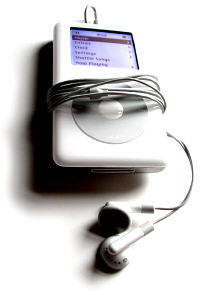 Should you take music with you? 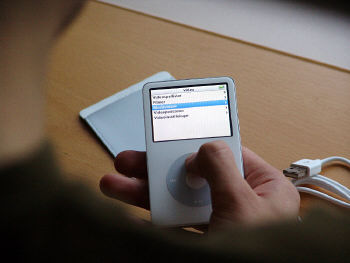 BootsnAll Sez: Music is a seriously personal decision, and if you’re so afraid of losing your iPod that you think the constant worry is going to keep you from having a good time, then you probably shouldn’t bring it. But all things being equal, we think that bringing an MP3 player is a great idea. And even though it’s more expensive to get an MP3 player (such as an iPod, Creative, or Zune) than to use the Discman or Walkman you may already own, we think that it’s a huge improvement. Cassettes and CDs are seriously bulky, and usually the players are more fragile, making them less travel-friendly than a compact and more durable MP3 player. But if what you’ve got is a Discman, you’re already surviving on a Ramen diet just to afford your trip, and you simply must have music with you, then by all means bring the Discman.

If you don’t yet own a music player, don’t go back in time to the age of the Walkman or Discman. Go straight for an MP3 player. You’re probably familiar with the iPod, which makes up more than half of the MP3 player market – there are several different kinds available now, and they vary in terms of the features and the amount of storage (not to mention the color). Everyone likes iPods, but they’re not cheap – and there are other non-Apple MP3 players out there that’ll do the exact same job for a lot less money. (And don’t forget to check sites like eBay and Craigslist for gently used players, too, which could save you beaucoup bucks.)

Another bonus of having an MP3 player with you is that they’re useful for other things, too – if you’ve got one with lots of storage capacity, you can move digital photos to it when you need to empty your camera’s memory card. You can also scan important documents at home – like insurance paperwork, travel information, passports, or emergency numbers – and save the files on your MP3 player so in a pinch you’ve got a copy you can print out. Of course, having documents like that on your player is one more reason you really don’t want to lose it or get it stolen!

These are just a few of the MP3 players out there.