Pros & Cons of Bringing a PDA on Your Trip 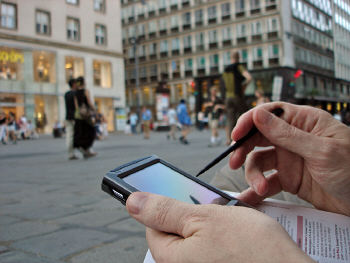 Once upon a time, the term “PDA” ellicited giggles and stares because it meant someone on the schoolyard was making out in full view of the rest of the world. These days, however, the acronym has graduated to have a much less exciting meaning in the tech world – we’re talking, of course, about Personal Digital Assistants.

PDAs, sometimes also called palm computers, were first introduced in the 1980s but didn’t really get into the mainstream until the 1990s, when the Palm Pilot became almost must-have equipment for the modern business person. Today, when lots of mobile phones serve so many of the same purposes the PDAs used to serve and laptops are getting smaller and more portable, it’s not as common to hear someone talking about their PDA anymore – instead, they’re just entering stuff right into their cell phones or computers.

But for travelers, PDAs present an interesting mix of tools you might ordinarily rely on either a computer or a mobile phone or a digital camera for. PDAs aren’t going to replace a computer outright, nor are they going to help you win any photography awards, but the models with the most features will include the functions of several different electronic gadgets in one handy (and small) piece of equipment. In this article, we’ll explore whether you should bring your PDA with you on your trip – and, if you don’t have one, whether it’s a good idea to get one in lieu of carrying a laptop.

Why You Should Bring a PDA 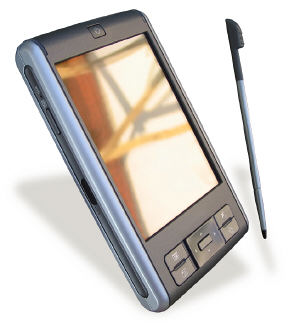 Why You Should Not Bring a PDA 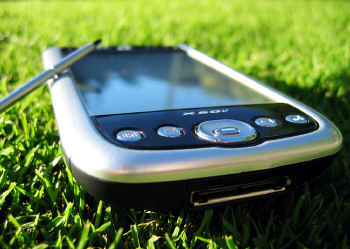 Should you bring a PDA with you?

BootsnAll Sez: Nope. Sure, it can be a fun little gadget, but if you’re even considering a PDA that means you’ve probably got another tech toy that’ll do the things you wanted the PDA for – whether it’s a small laptop, a mobile phone or an MP3 player – which makes bringing the PDA more of a pain than it’s worth. And besides, you’re out on the road to relax and go with the flow, right? Who needs that scheduler, anyway?

Of course, just because we say a PDA isn’t worth the trouble doesn’t mean you’re not going to bring one, right? You’re an independent traveler, so you must also be an independent thinker… Or something like that. At any rate, if you’re still planning to bring a PDA on your trip and you don’t already own one, here are a few PDAs that you might consider getting.

Also keep in mind that if you’ve already got a BlackBerry or an iPhone for your mobile phone, or an iPod Touch, any of these devices have pretty much everything you would want a PDA for anyway.