Rail North America: Travel by Train in Canada and the United States 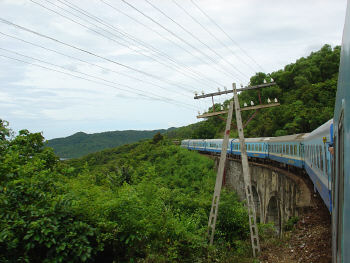 There is something essentially “old world” about traveling by rail. The pace seems modulated by the whims of the landscape; porters and dining cars speak of an old-fashioned type of luxury. It’s understandable that the phrase “Eurail pass” is filled with echoes of romance and adventure, while in North America, where speed and efficiency reign, train travel languishes in popularity.

I’ve met plenty of travelers who dream of the Orient Express, the Trans-Siberian Railway, or the Mediterranean whirring by outside a train window. The only person I know who dreams of crossing America by train suffers from fear of flying. But why does North American rail have a bum rap; too costly? Too infrequent? Not luxurious enough? I set out to find out by exploring the rail services available to travelers in North America, and by riding the rails myself.

Destinations & Services
One element that isn’t helping the popularity of North American passenger rail is the sheer distance involved. These aren’t the speediest trains in the world, by far; for stretches of time, travelers rattle down the rails without passing a town worth a travel-guide mention. That means traveling overnight, which isn’t comfortable in coach and is expensive in the sleeper cars.

For example, Amtrak‘s Empire Builder line, which runs between Seattle and Chicago, certainly passes through some delicious scenery, arcing along the sea, up into the Rockies, and down through Montana. But it takes three days to traverse that distance. Unlike a trip in Europe, where charming small towns imbued with centuries of history may tempt visitors to stop, most North American travelers will find little worth disembarking for on this route, unless they want to hike in Glacier National Park. The Greyhound bus takes a little longer along the same route.

On the Atlantic coast, where cities are closer together, things speed up. Going between New York and Boston takes about four hours, the same as it would by bus.

Because freight trains have right-of-way on the lines, passenger rail cars are often required to stop, shift tracks, and wait for the other train to pass, and delays in station are common. I’ve personally never been on a train that’s come in on time – but, then again, I could say the same thing about most bus and air services, so perhaps a lack of punctuality is just something that travelers have to learn to expect.

Where the trains go is limited by where the tracks run, and schedules are fairly rigid. Most Amtrak trains take off once a day, while Canada’s VIA Rail runs three times a week from most stations. Amtrak has a map, either as a PDF file or interactive online, available here, while you can peek at VIA’s (fairly limited) destinations map here. There are large swathes of both countries that aren’t covered by trains, and Greyhound likes to boast that its number of destinations outnumbers both rail and plane destinations combined. For a trip between larger cities, however, Amtrak and VIA are just as suitable. 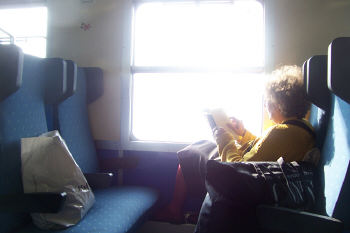 Trains have more leg room than a bus, and on a long journey, the ability to get up and take a stroll from car to car helps wake up numb butts. There is a drawback, though; whereas bus journey breaks allow you to get off and eat at an inexpensive restaurant, on a train you’ve got to eat what they’re offering or bring all your own food on. Most trains have two meal options, the snack car and the dining car. The snack car offers limp sandwiches, beer, and chocolate bars. The dining car has a selection of meals – like French toast at breakfast, burgers at lunch, or rotisserie chicken at dinner – all of which sound appetizing on the menu, but the end results are a little too similar to airplane food, especially considering how much they cost. Most dining car meals are in the $8-14 range. For those in sleeper class, however, all meals are included. Either way, passengers are seated together in the dining car, so you’ll be seated with complete strangers sometimes. For me, that meant either happily chatting with a new friend or a long, boring meal stuck hearing the same stories about somebody’s seven pet cats or favorite grandchildren.

For travelers on a budget, trains really aren’t a luxury experience. But for those who choose to upgrade, the roomettes and suites in sleeper class are more stylish. During my own travels in a sleeper, I was pleasantly surprised to find a friendly car attendant available for any requests. He brought in complimentary champagne on boarding, plied me with bottled water, cookies, and a daily newspaper. (Don’t forget to tip when you get off the train). A wine tasting was held for first class passengers. While the larger suites, which have their own toilets and showers, are roomy, the roomettes are pretty tight once the bunk beds are set up at night. Even still, they’re worth it – shutting the door, pulling the curtains and finding yourself alone with the gentle rocking of the train and the beautiful scenery outside is a wonderful feeling. Canada’s VIA Rail offers a service called “Romance by Rail” with a suite that resembles a boutique hotel. But most will find that coach is the most luxury they’re willing to pay for, and after riding second-class a number of times, and sleeping in the tilted back chairs, I’d say that the only reason to consider trains over buses in the luxury category is that little bit of extra leg room. 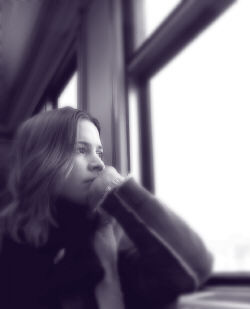 Let’s take the Seattle to Chicago route as a comparison point. For one adult, the cost on a Greyhound bus (as of writing; I chose a date in late October 2008 for all of my comparisons) would be $172; on the train, $143. The cheapest flight I found for the same day? $258. On a shorter ride, the difference in cost is more noticeable, as New York to Boston by rail is $89; by bus, $35. But these train costs are all for coach; upgrade costs fluctuate with the season, and Amtrak sometimes offers last minute deals, but on that same Seattle to Chicago route, around $200 would get you upgraded in the low season, about $500 in the high. That’s per room, not per person; roomettes sleep two.

Then there are the options for travelers who are really moving around: Amtrak and Canada’s VIA offer a number of different rail passes of differing lengths and locations.

The old North America Rail Pass, which used to offer 30 days unlimited travel on both Amtrak and VIA, is no longer available. Greyhound still offers its Discovery Pass, which allows for unlimited travel and unlimited stopovers. You can get it in increments of 7, 15, 30, or 60 days, which cost $329, $483, $607, and $750 respectively.

VIA has a Canrailpass that’s as low as $549 for adults and is good for 12 days of travel during a 30 day period. They also offer discount e-passes which will get pass-holders a 30% discount off the regular adult train fare – and people aged 18-25 get a whopping 50% off the regular adult fare with an e-pass, so they’re definitely worth checking out.

The rail pass costs are, again, just for coach. There’s no “sleeper pass,” so on each leg of the journey, the upgrade fee for a sleeper would still be the same. Also, rail pass holders need to reserve their spots on each train in advance, as trains are often sold out and just having a pass doesn’t guarantee you a seat.

Recommendations
After looking at the price of individual Amtrak tickets and doing the math, it’s obvious you could cobble together a fairly extensive itinerary before hitting the cost of the peak rail pass – although international travelers may find it’s a better deal. For anyone that’s considering getting onboard, make those calculations before deciding to go with a pass or individual tickets. What about those of you who aren’t sure – would I recommend rail travel in North America, having ridden the rails myself, cross-country, up and down the coast, and in first and second class? Well, it depends.

Are you looking to travel long distances across the continent, but want to avoid the high cost of flight? Do you hate those cramped seats on long-haul buses? The best part of the train experience, for me, was the ability to really get a sense of the landscape, the way the mountains roll up from the sea and down to the plains, and the tracks do chug along routes that most buses wouldn’t follow. The experience is more contemplative and stylish than a bus. The bathrooms are larger, and movies show at night in the lounge car, which has comfortable chairs and is open to passengers from both classes. I would say that anyone looking at making a long journey – or even a shorter one – by bus should consider the pleasures of rail instead.