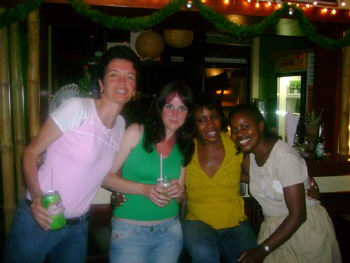 One of the biggest questions about solo travel is safety, especially whether or not it’s safe for a woman to travel alone. We’ve talked with dozens of men and women who travel solo, all around the world. Do they have problems on the road? Yes. But do they think that, on the whole, traveling alone is safe and worthwhile? Yes, on both counts. Which is a big part of why they keep setting out on their own.

Of course, even people who prefer to travel alone don’t usually want to remain completely on their own at all times – part of the fun of traveling solo is meeting up with new and interesing people everywhere you go. In fact, solo travelers usually have an easier time meeting new people, as they’re easier to approach than a group of people who already know each other might be.

When you’re in the mood for a little social interaction and you’re hoping to make some new friends, there are lots of ways to do it. You could see if other folks at your hostel want to make a group dinner one night and plan an excursion together to one of the markets. You could find a cafe that’s popular with travelers, or visit a popular tourist attraction, and introduce yourself to other travelers who look like they’re in the know. If you know even a little of the language, you could strike up a conversation with a local who seems friendly, giving you a shot at some insider tips for the destination as well as a chance to practice your language skills. Suzanne Scala’s article, “Beating Loneliness on the Road” lists some other great suggestions for meeting new people.

But unfortunately, it’s not all as simple as just planning to meet new people and making it happen in a perfectly safe way all the time. The reality is that it’s not a perfectly safe world out there, and while we certainly don’t think the majority of the people you’ll encounter are intent on doing you harm, when you’re traveling solo it’s just smart to be on the alert for the less-than-nice people in the world. Below, you’ll find a few tips for solo travelers – many of the tips are pretty woman-traveler-centric, which is a testament to the sad reality that women traveling alone tend to run into more problems than men. Still, men sometimes have trouble as well when they’re traveling alone, and some of the advice here is applicable no matter what your gender is. 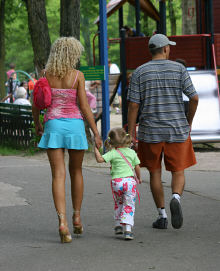 These are just a few safety tips, but what they boil down to is think, be aware, educate yourself, and don’t be afraid to do what’s necessary to keep yourself safe.