Smoking on the Road 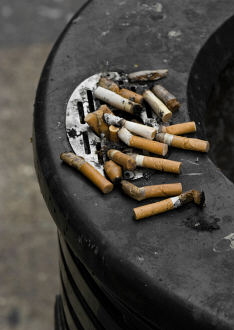 Regardless of how you feel about smoking, you’ll need to get used to the fact that you’re going to encounter people who smoke when you travel. Depending on where you go, the smoking rate could be higher or lower than it is in your hometown, and the local smoking laws could be either way more strict or nonexistent. No matter what the situation is, you’ll catch on quickly just by paying attention.

In recent years, the smoking rates in many countries (especially Western countries) have gone down. This is partly due to more and more studies coming out on the adverse health effects of both smoking and secondhand smoke, and also partly due to the increasingly high taxes which some governments have been placing on tobacco products. You may find a pack of cigarettes only costs you some of your leftover pocket change, or that a pack can run you the equivalent of $10 or more – it all depends on where you are.

Even more recently, some countries have instituted varying degrees of smoking bans, which further cuts the smoking rates – as well as confuses travelers. One problem with many of these bans is that while they may be officially on the books and followed in some parts of the country, they may be completely ignored in others. Or the level of adherence could even vary from bar to bar in the same city or on the same street. As a traveler, your best bet is to look for clues to what’s acceptable locally. Are there no smoking signs prominently displayed? Are the locals lighting up? Does there appear to be a designated smoking area? The answers to these questions will undoubtedly help you figure out whether you can smoke in a given place, or whether you’ll want to take your smoke-free lungs elsewhere. And, as always, when in doubt, ask. 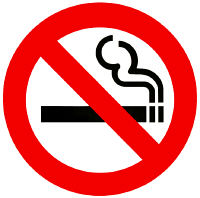 It’s worth mentioning that regardless of the smoking laws in the country you’re visiting, the rules about smoking on trains might be different. In most cases, there are at least some train cars which are designated as non-smoking cars, so keep an eye out for those signs. And if someone on a non-smoking car lights up anyway, either speak up and point out the sign indicating that’s a no-no, or (if you’re not comfortable with doing that) get up and move. Your lungs will thank you.

The bottom line here is that whether you’re a pack-a-day smoker or someone who’d never touch a cigarette, you’ll do best as a guest in another country if you respect the locals and the local laws. Don’t take up smoking just because the locals do it, but don’t constantly point out how unhealthy it is, either. Don’t think that you’ve got to smoke just to fit in (you don’t), but don’t turn your nose up at the smokers you meet (locals or other travelers), either. It’s all about respect.

>> The folks at Jaunted have put together this fabulous map of smoking bans around the world, so you can click on each country and see what their laws are – and whether said laws are actually followed.