Malaria Drugs: Some of the Issues & Complications

Remember that only a medical professional who knows the current best practice is the person to entrust with your life when it comes to malaria drugs. Be sure to talk with your doctor about this well before your trip. 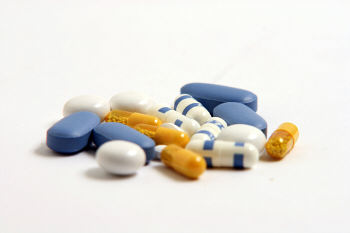 Alas, there is no drug that is completely safe and effective either for prevention or for treatment, nor is there a vaccine. The optimum regimen is an attempt to balance the risk of side effects against the risk of disease. You must consider where you are going and when, how you will travel, the types of malaria present, types of drug resistance, the prevalence of risk, how long you will be exposed, and also your personal condition: as with many other drugs, pregnant women are especially constrained, as are young children.

Drugs may be taken daily, or weekly – it can be surprisingly difficult to maintain a regular weekly dose when off travelling, but I choose Sunday as my wristwatch’s weekday window has it marked with red. You may also take a mixture of drugs, or carry a course of drugs only to be used in the case of a suspicious fever while hastening towards medical care. If your regimen involves multiple drugs, with some daily and some weekly, mixing them around would make you very ill.

The two major issues are which areas you will be visiting, especially what drug resistance has developed, and how long you will be there. After that come the complications caused by what drugs you cannot take.

My situation involved travelling for many months in malarial areas, so despite the presence of chloroquine-resistant strains, chloroquine was the recommendation. However, I also was to carry four tablets of mefloquine, for use in the case of suspect fever while in or recently from a drug-resistant area, and naturally, long-sleeve shirts, etc. were emphasised. In other words, the risk of many months of taking mefloquine was too great for me, even though I have no history of one of the contraindications, mental instability. Persons suggesting otherwise are invited to do so on soft, absorbent paper.

>> Read more about some of the common antimalarial drugs

Time Limits on Antimalarial Drugs
None of the anti-malarial drugs can be taken indefinitely. Even for chloroquine, which rarely provokes adverse reactions at prophylactic doses, the World Health Organisation’s recommendation is to limit your lifetime dose to the equivalent of about eight years of consumption, or risk blindness. Thus, if you are living indefinitely in a malarial area, you will only take drugs if you are infected.

In colonial days, people developed a taste for quinine in their drinks, and survivors brought the habit home. Quinine comes from the bark of the Quinchona tree of South America, where it is a traditional remedy for fever, and chloroquine was developed from it, just as acetosalicylic acid is a form of the chemical found in willow bark, but not as prone to cause stomach ulcers. Also, it could be patented, whereas a traditional remedy cannot. Yes, the drug companies are not pussycats.

The Role of Genetics
Local people generally do not have much of a choice other than to wait for an infection, and hope. A certain amount of resistance may develop with time, but as repeat infections plainly demonstrate, it is not 100% effective. Certainly, native populations have antibodies to various sorts of parasites in their blood, but that doesn’t mean that infections are held off. The only effective inbuilt response is the recessive gene amongst certain African populations that in a double dose causes sickle-cell anaemia (and, when left untreated, early death).

Normally, so severe a debit would cause the mutation to be eliminated from the gene pool in short order, but its credit is that in a single dose it defends against malaria. In low oxygen conditions (as in venous blood), the slightly different form of haemoglobin crystallises, it so happens to be into needle-like crystals, that impale the parasite! I recall a biochemist describing this with a bewildered tone: the normal biochemical battle is a chess game of subtle ploy and counter-ploy with results long after the initial move, but this is a matter of gross physical disruption! Well, evolution doesn’t care much about the aesthetic criteria of biochemists.

And evolution has applied in other matters too: there are strains of malaria resistant to chloroquine and other drugs, and I note that the notorious areas of South-East Asia adjacent to Viet Nam, and also East Africa, are precisely those areas that people with money have presented the parasite with an opportunity to meet, and the need, to breed their way around all sorts of drugs, by confronting it with low doses and large rewards for success. There are already multi-drug resistant strains, and I’m sure that the latest popular drug, mefloquine (tradename Lariam) will be added to the parasites’ repertoire in the years to come.

Some Side Effects of Antimalarial Drugs
Some people can’t take mefloquine. It is already notorious for vivid dreams and daytime hallucinations that can be disabling, and there is a lot of chatter about this amongst travellers. Though some of this is suspected to be self-suggestion and anxiety amongst groups, some people are indeed susceptible. 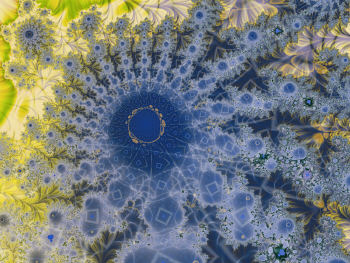 I met one woman who reported viewing a plate of chips and seeing vivid greens and blues as well as yellow-brown. Another saw clouds as giant pink protozoa staring at him (fair enough, the parasite is a protozoan), and a third woke at night thinking that a sandstorm was demolishing his tent so he rushed out to re-peg it and slammed into his hotel room’s wall. These are not mild side effects so other drugs must be sought. It also promotes confusion and poor coordination, so people intending to drive should avoid it.

The full range of possible side effects of any of these drugs is quite peculiar, involves strange interactions with other medication you may be taking, and is exacerbated by odd links to certain activities, such as scuba diving. Again, discuss your plans with a specialist.

Even in areas where chloroquine resistance exists, it is not thereby rendered useless. I recall reading a paper at a science exhibition in Ouagadougou, which stated that even in areas with resistant strains, the high-dose course of chloroquine will cure all but five percent of cases. Thus, if chloroquine is your drug you should not live in daily fear of imminent death (except when on the roads), and note that chloroquine is quite cheaply available throughout malarial areas, much cheaper than in the rich countries though less likely to be coated so as to avoid the bitter taste. Fancier drugs are much less available in poor areas.

The unlucky five percent are going to be in trouble, but this is what you have the “stand-by” course of mefloquine for. Alas, the local population is unlikely to be able to afford drugs such as mefloquine. In the “Hyperendemic” areas, about 90-100 infected bites a year could be expected, out of 2-300 bites a month if no mosquito-blocking procedures were employed. That means about 3% of mosquitos are infected; previously I’d read that 1% was considered high. Hyperendemic indeed. It was no surprise that everyone tested had antibodies indicating prior encounters. And it was estimated that infant mortality due to malarial attacks was five percent.

Persons making shorter journeys through drug-resistant malarial areas could use the more effective mefloquine. The Darwin centre staff that advised me would consider the risk of side effects acceptable for a period of up to about three months, but remember that you may not be able to take mefloquine, or other drugs might offer a better regime. Nevertheless, the US Peace Corps currently sees fit to require that its volunteers take mefloquine for up to two years. It is a rough way to acquire statistics.

And if you’re making a fortnight’s visit to, say, a seaside resort with air-conditioned rooms and dining area, you might well get by with no drugs at all.

Beyond Malaria: Other Problems With Mosquito Bites
Incidentally, aside from malaria, a bite may become infected. It helps not to scratch the bite (and squeezing out some lymph will flush out some of the irritating mosquito saliva), so an anti-histamine ointment will assist those of weaker character. Tincture of iodine will encourage the scratched area to dry (though in hot humid areas, your skin will be slimy with sweat for hours on end) and discourage infection until it heals.

Tropical ulcers typically start from a bug bite, or small scratch. They can be very difficult to get rid of once established, but good nutrition seems to help so eat well. And don’t let an ulcer start. Traditional remedies include raw chili pepper applied to the ulcer, and that has to hurt. Often the most swiftly effective medical treatment is to depart for a cool climate.