Malaria: What to Know When You Get Bitten 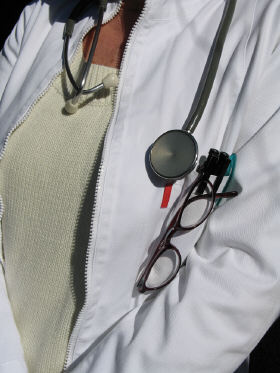 Just one bite by one infected mosquito is enough to give you malaria, and even if you take all the precautions and read everything mentioned in the other malaria articles on BootsnAll, you could be unlucky. It takes about a week to go from the bite to the disease if nothing intervenes. Conversely, you could employ some ineffective scheme that appeared to work, simply because you were lucky. Or even do nothing and be lucky. It is a matter of chance, and again, single histories have little bearing on assessments of the probabilities.

What is clear however, is that the longer you spend in a malarial area, the more likely it will be that you cop an unlucky bite. Even in the worst areas, no more than a few percent of the mosquitoes are infective, but if you are accumulating hundreds of bites, that is small comfort.

Your second line of defence involves internal chemicals. Certain drugs are taken throughout the time there is a chance that an infective mosquito might deliver parasites to you. This prophylaxis, however, does not kill the parasite, it merely prevents it from breeding. For this reason, the drugs must be continued for four weeks past your departure from a malarial zone so that they die of old age without issue.

To establish that there is a suitable level of the drug in your system that’s ready for any early arrivals, the drug must also be started perhaps two weeks (if it’s chloroquine) before you enter a malarial zone (it’s four weeks if it’s mefloquine). This is done in part to allow side effects to be assessed before you leave. If your travels take you out of a malarial zone for a while, then you return, the gap would have to approach two months before it would be worth stopping the drugs.

During the time that you are taking the drugs, you may well be host to the parasite, perhaps from a bite you haven’t noticed. While the parasite numbers are small, you will have no symptoms, nor will a blood test be certain to detect any parasites. The drugs do not suppress the symptoms, they suppress the parasite that causes the symptoms. Thus, finish the final four weeks, even though you’re comfortable at home.

If you develop any fever after your return, you must warn your doctor that you’ve been to malarial areas as otherwise malaria is likely not to be considered and you can become dangerously ill. There is a slim possibility that malaria will develop months after departing a malarial zone and completing your post-exposure course, as one stage in the parasite’s complex life cycle takes place in your liver, and some parasites can remain dormant there rather than breed at once.