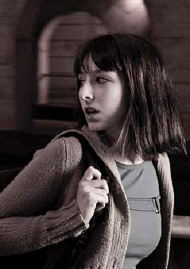 I’m in the shower and trying to hurry, twisting to brush off the remaining sand on my shoulder blades. As I turn off the water and grab for my towel, I hear the heavy front door close. “Damn,” I mutter, “I should have made him wait.”

The ‘him’ is my cousin Matt, from Australia. We’re like 7th cousins and only met once before this, last year, but we call each other ‘cuz’ anyway. We’ve been staying at a Casa Hospedaljes in San Sebastian, Spain for four days. There is only one other person staying in the three room flat – a tall man in his late twenties. The man is always there, no matter what time of day. He tells us is name is Paulo and that he is originally from San Sebastian. Paulo says he is here only briefly, to visit family, but he asks me too many questions about where I am going and stares too much for that to seem true.

Before I headed into the shower, Matt and I agreed to separate for the afternoon and to meet up for dinner. However, faced with the prospect of making conversation with Paulo, I decided to hurry to see if I could leave at the same time Matt did. Having failed in this mission, I figured the next best thing was trying to sneak out without Paulo seeing me.

I opened the door slowly. My bedroom door was right next to the bathroom, so I didn’t think I would have a problem. However, when I opened the door further, I jumped. Paulo stood 10 feet away from me in the hallway, leaning against the wall with his arms crossed.

“Oh, hi Paulo.” I laughed nervously and glanced toward my room, frowning when I saw the door ajar. I walked into my room and jumped as he pushed the door open after me and leaned against the door frame.

Paulo looked at me and smiled. “We’re all alone now.”

I was now 8 feet away, grabbing at items to put in my bag. “Yes, yes,” I chattered, pretending to act like I didn’t understand, “Matt just went out. He should be back any minute.”

Paulo inched closer. “Ah, yes, your cousin.” He waved his hand in dismissal. “You know, no one could hear you. We’re all alone.”

My heart started beating faster as I realized he was right. There was no one else in the apartment to hear me. My mind started racing. How thick are the walls? Do I remember any jujutsu? What does he want from me?

I continued to babble, “Yes, yes. Ah, I must, ah, be going now. I am supposed to meet Matt soon.”

Paulo frowned and stepped closer. “But we are alone.”

I was now packing and speaking at a frenetic pace. “Yes, but I have to go. I need to leave now. You need to leave so I can lock up the room, come on, let’s go.” I started shooing him toward the door, all the while smiling. For a second he didn’t move and I took a deep breath to gather up air in my lungs to scream. Then he glared at me, turned around and stalked out the room. I felt a brief moment of relief, only to realize that he could still be in the hallway, blocking my exit.

I grabbed my bag and locked the door quickly. I didn’t see him, but the front door was around the corner and his bedroom door was open. As I walked by it, I saw Paulo laying on his bed, watching me. He blew me kisses as I raced out the front door.

I made it outside and began to cry. I called my father from my mobile phone, not caring that it was costing me $2 per minute. After I hung up with him, I texted Matt, who met me downtown. We sat on a bench overlooking the ocean and I told what had happened. When I was finished he looked at me and said, “Courtney, didn’t you see I left the bedroom door open for you? Before I left, I wondered if that guy could do anything to you. I decided I was just being silly but I left the door open anyway – he gave me the creeps.”

When I tell people this story, they inevitably respond, “See! That’s why females shouldn’t travel alone. It’s too dangerous.” They are eager to reconfirm their suspicions and make themselves feel better about not visiting other countries. But they are wrong. This was actually the one part of my around the world trip that I wasn’t traveling alone, and the only time something happened! This incident occurred in the middle of the day, while my cousin was running an errand. Some things happen that you can’t control – it’s not going to make me stop traveling.