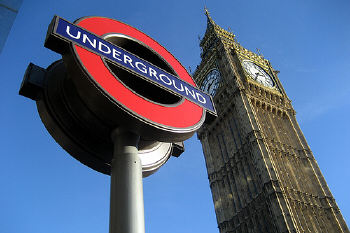 London is a study abroad destination for many U.S. college students. But what’s the draw? Well, for Americans, there’s only a slight language barrier. (Did he just pronounce aluminum “al-you-min-ee-um?”) The city is diverse enough to appeal to anyone, whether you like theater, football (soccer), art, street markets, royalty or pubs. London just has energy about it. It’s exciting, safe, and doesn’t seem too dissimilar to American culture. I am one of those students who was drawn to London like a Brit to her tea. In 2005 I spent my spring quarter studying abroad through a department program with my university. Here’s what I learned and recommend now for anyone planning to do the same.

First Impressions
My initial impression of London was that it was a giant, fast-paced city that did not welcome me with open arms. One of the first things I noticed about the people is that Londoners have a strong sense of dignity. It’s not that they are rude, it’s just that in a city with 8 million people, it is important to maintain individuality. Though Londoners are harder on the outside than most Americans, once they have been cracked, I find them to be some of the softest people I’ve met. Once you are “mates” with someone they will be loyal and open to you – they just won’t waste their time being loyal and open to 8 million strangers.

The thing that surprised me the most about London though was its size. My commute to school was 45 minutes one-way, every day – and that’s pretty average. Practically no one can afford to live or go out to dinner in central London, so most people commute from areas an hour or so outside the center if they need to go there.

Things to Do (and Avoid) in London
The neat part about that is that each area of London is like its own miniature city with a distinct personality. Each area has its own local bread, meat and fruit stands, liquor shops, cafes, drugs stores and pubs. The pubs are more than bars for beer – they are forums for social gatherings. They are places where people gather together after work to chat about politics, football (soccer), philosophy, transition, relationships and the like. The best advice I can give a student studying in London, is to find a local pub close to your home, make some friends, and go there every day. One will learn more that way about the city than they will from reading ten textbooks. 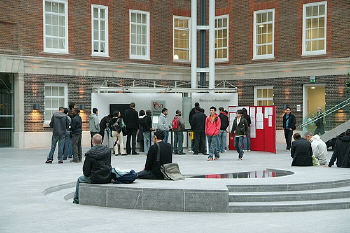 Depending on your tastes, there are a few sites I recommend as well. The Tate Modern is a quirky, intriguing art gallery that has one of the best views of the skyline – and for free! As far as museums though, my personal favorite is the National Gallery (if you like paintings). If you go, be sure to check out John Virtue’s work.

Some things I would not waste the already weak American currency on are the London Eye, Madam Tussaud’s Wax Museum or taxicabs – tourist traps! DO watch the changing of the guards. DO go hiking about Hampstead Heath. DO try a full English Breakfast, and DO be a groundling for five pounds at Shakespeare’s Globe theatre.

For the economically challenged I’d advise pubs over clubs; sack lunch over bought; and market shopping over Harrods. Although it’s fun to at least pretend you can buy everything at Harrods.

Don’t Forget an Umbrella!
Also, the rain. Carry an umbrella with you everywhere, at all times, in all seasons. Perfectly sunny days are just as likely to have a 10-minute downpour, as very gray days are just as likely to never see rain. My host mum told me that one year she never had to unpack her summer clothes because it stayed winter all summer. Some horrible, Narnia-esqe bad-dream? No. But bring a coat.

I left London with a different impression than what I started with. The city was still huge and dynamic to me, but full of modern ideas mixed oddly with a lot of strong traditions. Londoners are proud to be English and all that it entails. London is an old city with a lot of new things to teach a young American.

original photos, top to bottom, by: wallyg and Goodimages