Where to Exchange Money 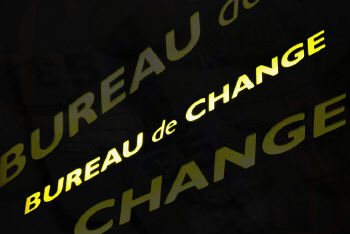 How to exchange money is a (valid) concern for travelers arriving in a foreign country. Do you need to do it in advance? How much should you withdraw? What option offers the best rates? Here are some common places to deal with your dough:

Your Local Bank/Online: Very large banks in very large cities will sometimes carry currency of other countries (usually limited to pound, yen, dollars and euro). You can exchange in advance – contact large banks to see their policies and cost. Your local branch will mostly likely not carry any other currencies. You can also order currencies online by doing a search. This often carries a high fee and it geared toward businessmen.

Airport exchange: Airport exchanges offer famously horrible conversion rates. People wanting to get rid of any extra change ‘sell’ it for a loss and anyone wanting local currency the minute they step off the plane ‘buys’ it at a higher rate. Most airports have ATMs – wherever possible, skip the exchange and withdrawal right when you arrive.

ATM: ATMs give the best conversion rates. The exchange rates changes daily, based on the markets. The drawback is that banks often charge high amounts for withdrawals from non-participatory ATMs, and the issuing bank may charge a fee as well. In order to combat these, it’s best to look for a banking system that offers low rates, and withdraw larger amounts of money wherever possible (around $200). You don’t want to be carrying so much cash that it would be heartbreaking to loose it, but you don’t want to be nailed with a $5 fee every time you punch in your pin number. Note that ATMs can be hard to find outside of major cities in developing countries.

Hotels/Hostels: A large hostel in London or hostel in Sydney are both likely to offer conversion services for their customers. However, these rates are generally only slightly better than an airport exchange, and limited to the major currencies (pound, yen, U.S. dollar and euro). 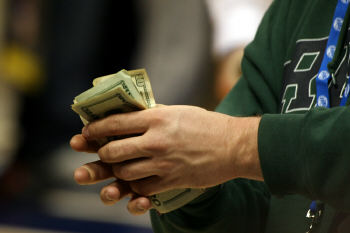 Street: A dangerous way to exchange money. You must be carrying strong ‘major’ currencies in cash in order to deal on the black market. This type of exchange is illegal but commonly practiced in a number of developing countries, especially those ruled by controlling governments. Ask around to find out if it’s common in the country you’re traveling and keep your wits about you. Count and double count your money, and make sure they are clean bills without tears or marks, as this will sometimes mean it is no longer valid.

Destination Banks and Conversion Centers: Banks in large cities will convert your bills or travelers cheques – at a cost. Conversion centers are usually found in areas where there are a lot of travelers, or a busy downtown.